In its heydey, the old Logan County Hospital housed a maternity ward. After four decades, the former hospital has experienced a rebirth as The Villas of Benedictine Pointe, serving as apartments for seniors.

Funded in part with $650,000 of OHFA’s Affordable Housing Tax Credits, developers maintained many of the building’s historic features when restoring the hospital building. Belmont Management, the company responsible for development, was recognized by the Logan County Historical Society with the Foucart Award for the historic renovation.

In addition to renovating the 1920s era hospital, Belmont constructed five duplex buildings on land adjacent to the building. Bob, a resident in one of the duplexes, knew he was home the day he took a tour.

“The apartments in the hospital building were really nice. I liked them, but these have almost 1,000 square-feet and I have a lot of stuff,” Bob said.

For the past several years, Bob made his home in Oregon. He moved back to Oklahoma because “things were getting so expensive on the west coast.”

Brittany strives to create a loving and inclusive environment for her residents. From potluck lunches, costume parties and game nights, there’s always something fun happening for residents. For Halloween, Brittany invited third and fourth graders from the nearby elementary school to trick-or-treat in the halls of the Villas.

“This is super exciting for the kids because they are getting to do something different and new,” Brittany said. “The residents also get to have that trick-or-treating experience they may not have otherwise.”

J.C., another resident at the Villas, moved in after a brief stint in assisted living. He enjoys the freedom of being able to come and go as he wants. 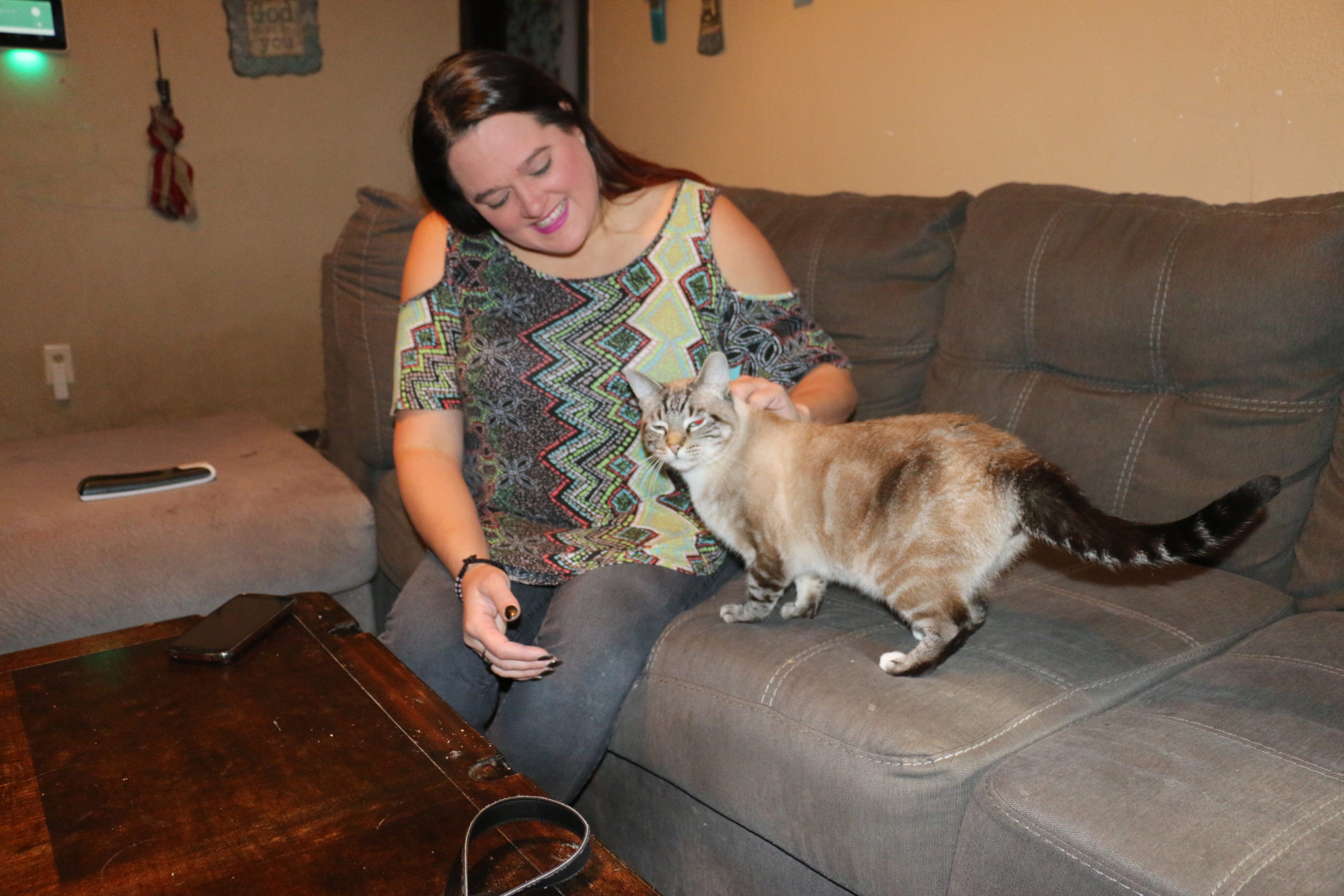